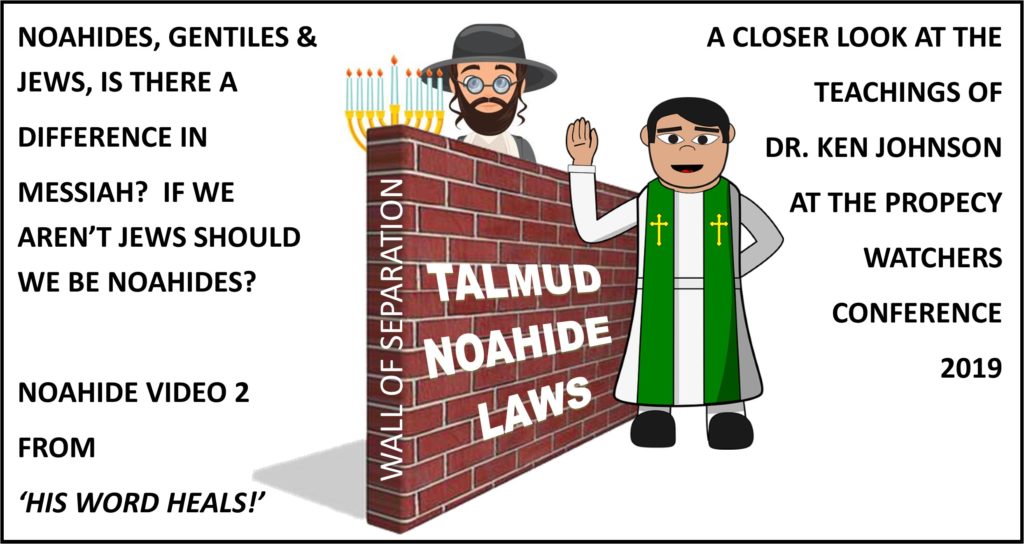 Is there a difference in Messiah? If we aren’t Jews should we be Noahides?

Reposted 05/28/22 – (Originally posted a couple years ago on our videos page but was deleted after thousands of views from YouTube along with the entire Lamb Network YT Channel for “content violations”.)  Taking a look at what Dr. Ken Johnson taught about the Noahide Doctrine at the Prophecy Watchers conference this past spring. (Video that snippets used in this program came from https://www.youtube.com/watch?v=6MsIv… We compare what he says with what the Word says… listen in and you decide. Unfortunately the Noahide laws are running rampant in both mainstream Christianity and can also be found within the Hebrew Roots community. This is our second program regarding the Noahide laws. The first one can also be found on our videos page. The first one looks at what the Noahides themselves have to say about what they believe and this one looks at what mainstream Christianity is teaching about it. It seems to be a method for mainstream teachers and pastors to justify eating pork and not honoring the Sabbaths and Feasts but could also be a part of a great end times deception and falling away from Y’shua our Messiah, YHWH’s Salvation. Blessings & Shalom!