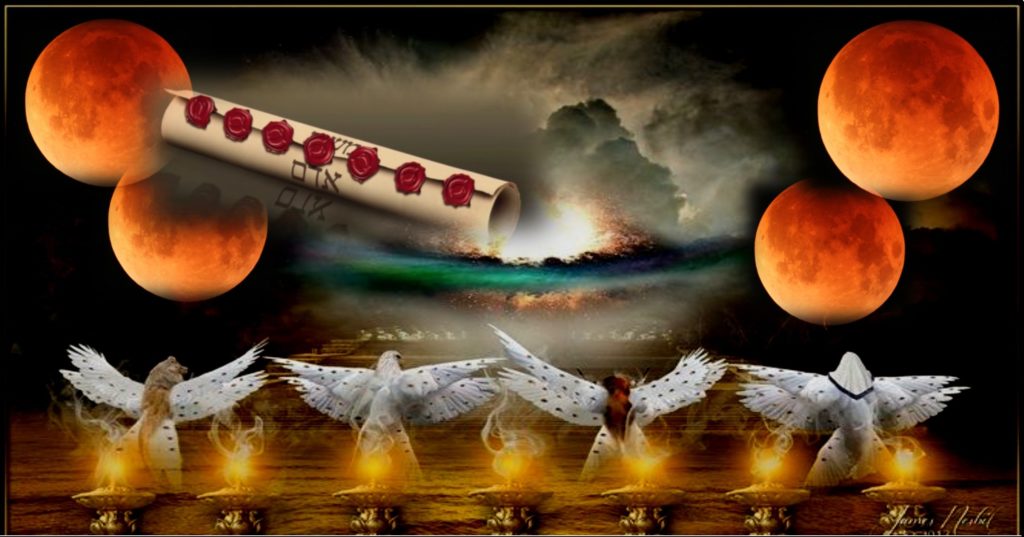 Have We Already Received a 7 Year Warning?

Most people have since dismissed the 2014-15 blood moon tetrad as all hype and no substance, but is that the case?  Or were they perhaps marking the beginning of a 7 year warning?  YHWH told Noah exactly when the rain would start… seven days before it started and YHWH sealed Noah and his family into the ark.  Joseph also receive a 7 year warning before a great famine covered the land during which time he was instructed to prepare.  Did you realize we are at the end of the 6th year since the first blood moon of the tetrad was seen on Passover of 2014?  The seventh year and possibly final year of warning will begin this Passover in a little over a week.  Downloadable PDF of 7 Year Warning/Seals Timeline Book_Seals      Revelation Trumps Timeline Book1_3